From Casinos to Telephone Poles: The Versatility of Camera Domes

Whether it’s to keep the watchful eyes of casino cameras hidden from the public or to protect sensitive equipment from dust and smoke, the quality of camera domes goes directly to the effectiveness of the camera itself. Camera domes can be rugged enough to spend their entire lives in the elements or elegant enough to be coated in 24-karat gold. Either way, they must be formed and tested to meet the most stringent quality performance standards.

From the moment you park your car, there isn’t an inch of a casino — with the exception of the bathrooms — where you aren’t on camera. Simply look up and you’ll see an endless pattern of tinted, spherical domes dotting the ceiling. What you don’t see are the cameras within.

Discretion is one of the key functions of a camera dome in casinos. Players can identify the location of the camera but not the direction or focus of the moving lens inside. Aside from protecting the sensitive motorized camera from dust and smoke, the darkened finish provides security personnel with anonymity. Look closely enough and you’ll notice that the more successful casinos are tipping their hands – the domes’ tinted finish can be made from evaporated 24-karat gold.

For cameras outside on a telephone pole or fixed to a building, the dome’s primary function is to protect the camera from the rigors of the elements. Unlike interior applications that need to be tinted, most outside applications require clear domes to improve visibility in low-light settings like dawn and dusk. Because most images will be near horizontal (unlike casino cameras that take vertical images from the ceiling) it is extremely important that the dome’s perimeter is rigorously tested.

Whether it’s for tinted indoor applications or watertight outdoor cameras, angle testing is crucial. The process typically involves placing a dome over a test fixture and using a high-quality camera to take sample image patterns. By spinning and rotating the dome, all angles are eventually exposed to the camera’s test imaging.

These images are then beamed onto a computer screen where a technician can see if the quality, focus or integrity of the image is compromised. If there is no corruption, the dome passes. If not, troubleshooting begins to figure out why the flaw occurred and how to prevent recurrence. The operator, the test apparatus, and the test camera work in concert to ensure quality in each dome.

Whether it’s replacing some of the millions of camera domes already in use, or providing new ones in a market now dominated by shrinking cameras, one thing that never changes is the demand for high optical quality. Only through precise tooling, excellent process control, and rigorous testing to high standards will durable, high-quality camera domes be produced.

Use our Wizard to guide you through the process one step at a time to help you find exactly the right dome for your application based on size, color, thickness, and material.

If you know the original manufacturer of your dome camera, use the shop by brand dropdown to find a stock item to fit most popular cameras. 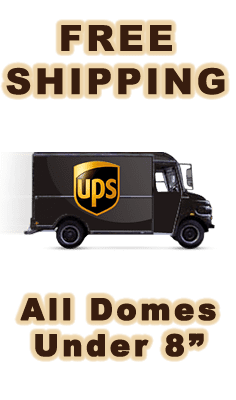 Volume discounts are available upon request. Contact us for more information. 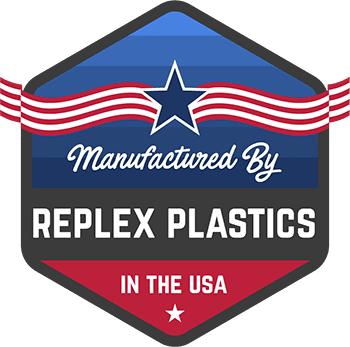